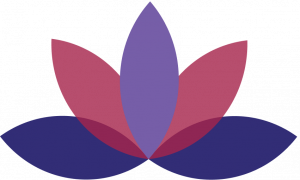 Often referred to as a “blank-check company”, Special Purpose Acquisition Companies or SPACs are cash shell companies that make a private business public.

A public-sector trading firm with substantial cash as their only asset, SPACs focus on the singular idea of purchasing another company and making more profits.

While SPACs have a specific target of raising capital through Initial Public Offerings (IPOs), they have created quite an impact in commercial real estate.

In this article, we shall be highlighting the emergence and importance of SPACs in the commercial real estate market.

How do SPACs work?

A SPAC is formed solely for raising capital through a traditional IPO and acquiring an existing company.

There are essentially two parties that operate the SPACs. The first is an investment team, the Sponsor who creates the special purpose acquisition vehicle through an IPO.

When a SPAC goes public in the open market, it sells units or common stocks to individual investors. The founding sponsors provide the initial capital for the SPAC. Therefore, they hold a sizable amount of ‘founder shares’ in the acquired company.

After going public, the SPAC typically seeks out a ‘target company’, within the next 18 to 24 months. The target company is a promising startup that will go public through its merger with the SPAC. Furthermore, if the SPAC acquires this new target company through de-SPACing, the SPAC’s public shareholders now invest in the acquired target company.

However, if the SPAC fails to complete a merger within the given time frame, the SPAC is liquidated. In addition to this, the proceeds from the IPO are returned to the shareholders with an equity interest.

This is beneficial to the new, target companies as they can now secure financing in the early stages itself. As a result, through SPACs raising, young companies can achieve faster growth.

In addition to this, SPACs are faster, cheaper, and more effective than the traditional IPO processes. This is largely due to the absence of regulatory restrictions in the merger stage. In contrast to this, a company that has already filed for IPO with the Securities and Exchange Commission (SEC) cannot launch an aggressive marketing campaign for obtaining more funding opportunities.

The popularity of SPACs is skyrocketing. Reports estimate that SPAC IPOs have raised $96.7 billion in 2021. This is a rise from $83.3 billion in all of 2020. Some of the companies that have gone public with SPACs are Virgin Galactic and DraftKings among others.

Why are SPACs such an emerging trend in Real estate?

Let’s assume a SPAC has completed an IPO and raised around $300 million. Its next step would be to acquire a private company that would now fetch $300 million in capital for its growth. The new combination of companies would now rename the acquisition target and modify its ticker symbol in order to reflect changes.

More often than not, SPACs serve as an alternative to the conventional IPO process. Another factor contributing majorly to the explosion is liquidity in the real estate market.

With massive federal stimulus to boom real estate during the COVID-19 pandemic and historically low-interest rates, the cost of capital is low and investors in real estate are looking for better returns.

Furthermore, the appraisal of SPAC IPO in the stock market generates a huge turnover profit for the investors. As a result, the growth and acceptance level of Special Purpose Acquisition Companies is on the rise in real estate.

Real estate analysts are predicting that moving forward, SPACs in the real estate industry would focus on PropTech spaces. SPACs are acquiring specialized industrial properties, data and distribution centers, and other real estate technology labs. Besides, mortgage financing, senior housing, and vacation resort have also been the targets for SPAC acquisition.

Who can invest in a SPAC?

As SPACs are traded publicly, they provide flexibility for anyone to invest in it. Once the SPAC identifies a target company, the investors’ shares automatically roll over to that of the newly formed entity. Moreover, at this point, the SPAC shares will trade in tune with the target company.

However, the sponsors might have to wait for as long as 2 years in the tedious process of identifying the target company.

What are some of the risks of investing in a SPAC?

Secondly, the entire SPAC might have to dissolve itself and return the principal amount to the parent account. Further, the amount returned must also include all interests that it has accumulated.

How do SPACs benefit real estate sponsors and investors?

SPACs enable real estate portfolio companies to go public without the hassle of the traditional IPO process. Furthermore, with the public offering, SPAC sponsors can raise a pool of capital, all at once, with an entirely underwritten IPO.

Moreover, SPACs are an excellent alternative to publicly traded REITs or raising private funds. Additionally, the sponsors also receive the incentive of founder shares of about 20% in the SPAC’s outstanding shares post IPO. Therefore, such an equity stake compensates the sponsors in a similar way to that of the SPAC’s investors and the owners of the target company.

The owner of the target company can easily go public at a greater speed than after a traditional IPO or direct listing. Moreover, investors of the SPAC investment vehicle, can co-invest alongside the sponsor management and generate attractive risk-adjusted returns. Furthermore, these real estate investors enjoy a higher amount of liquidity than such investments in a publicly-traded entity provide.

While SPACs provide numerous benefits for commercial real estate sponsors and investors, it is utterly important to be cautious before navigating this uncharted avenue. It is likely that SPACs incur low performance in the stock market and eventually drop below the actual IPO prices. Especially in the post-COVID volatile market, investors must invest especially if their investment is not focused on the pre-acquisition SPACs. However, despite its risks, it is unlikely that the new IPO alternative investment vehicle will die down anytime soon.